Presented the new Team BikeExchange-Jayco kits of the PR.S line

WorldTour Team BikeExchange-Jayco starts 2022 presenting its roster for both the men’s and women’s squads.
In the occasion, cyclists will wear the new uniforms made by Alé.

The reputed brand from Verona has signed a two-year agreement with the team directed by Brent Copeland: Michael Matthews, Simon Yates, Amanda Spratt and their teammates will wear Alé’s cycling garments until 2023.

The new jersey of Team BikeExchange-Jayco has been created from the PR-S line whose fabrics, fit and cuts have been specifically designed by Alé to support professional riders in their performance goals. The same line, in a custom version, is also offered to the most demanding amateurs, who can customize their uniforms with garments designed for the greatest cycling champions.

The color scheme of the team's 2022 jersey differs for the women’s and men’s outfits. It is based on the colours of the teams’ bikes (Giant and LIV): the new jerseys are basically white, but with gradations towards cobalt blue for men and aubergine for women. The dominant colour is also reflected in the flat stitching on the sleeves and jersey’s shoulders.

Alessia PiccoloManaging Director of APG, the company that owns Alé, commented:"It's a great pride and a great satisfaction to see our jerseys on the women's and men's squads of one of the longest and most successful teams on the Word Tour circuit. Early feedback from the recent training camp has been more than positive and I'm very happy about that. I'm looking forward to the new season and wish the teams a 2022 of great satisfaction and success". 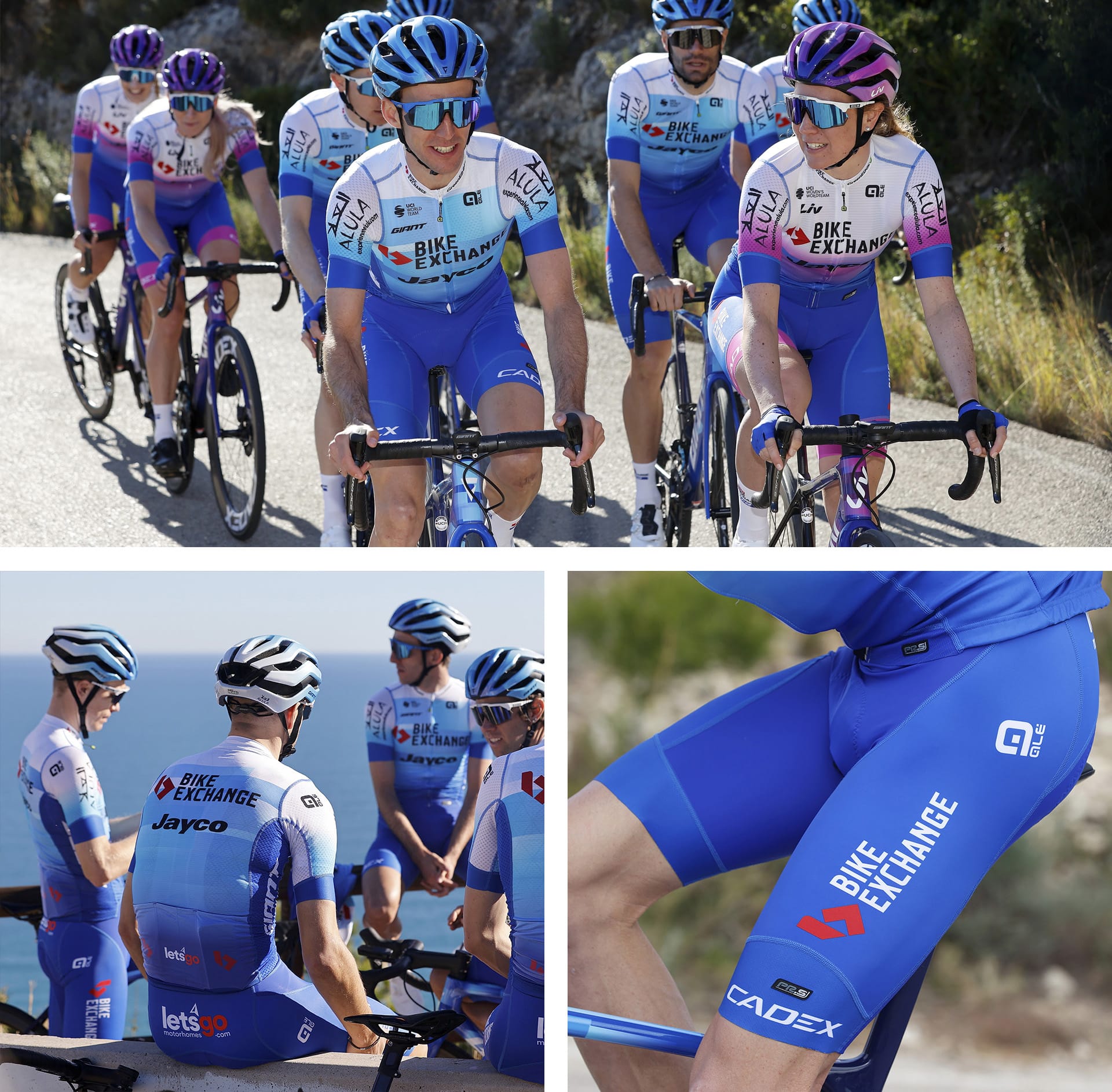