Verona is once again experiencing a great day of cycling, with the Alé La Merckx international granfondo. Already triumphant last year, the Tuscan Fabio Cini reconfirmed his victory on the long route, after a suffered race. In the women's category, Maria Elena Palmisano from Lecce was first, ahead of national mountain running champion Camilla Magliano. At the start, a large parterre of runners and VIPs: from Sonny Colbrelli to singer Paolo Belli and former footballer Fabrizio Ravanelli.

The spectacular Alé La Merckx international granfondo race in Verona returns as per tradition on the first weekend of June. 1850 cyclists registered for the 2022 event, coming from every corner of the world: 18 Americans (including a couple celebrating their honeymoon by bike), 11 Argentinians, 5 Colombians and then Germans, French, Belgians, Swiss, Turks, English, Australians, Czechs, Danes, Spaniards, Poles, Emiratines, for a total of 20 different nationalities represented. The athletes started this morning at 8 a.m. from the beautiful Piazza Bra, just a few metres from the Arena of Verona. The Granfondo Alé La Merckx, in its 15th edition, is dedicated to the 'cannibal' Eddy Merckx and the famous Verona-based cycling clothing brand Alé.

There were two routes from which the athletes could choose: the granfondo of 129 km with an altitude difference of 2,600 m and the mediofondo of 82 km, with an altitude difference of 1,450 m. The final classification therefore saw the Sienese Fabio Cini of ASD Capitani Minuterie Metalliche win at the sprint over Enrico Filippi from Forlì (Vivo MG.K Vis Dal Colle); third at 7" was Stefano Bonanomi from Lecco, of ASD Team MP Filtri. Fabio Cini, after a formidable 2021 with 7 victories, had already excelled this year in the Granfondo WhySport of Valdagno (Vicenza). His race came to an end after 130 km at an average speed of 35.26 km/h.

The women's competition was won by Apulian cyclist Maria Elena Palmisano, who, after a bad crash at the GF Nove Colli 15 days ago, still started today. The Lecce woman had already finished second here in Verona last year. Palmisano led a solo race at an average speed of 31 km/h, finishing after 4h08'52". Behind her were Camilla Magliano (Granbike Velo Club Torino), a world star in the mountain walking race, and Anastasia Mazzolin (Danieli 1914 Sporting Club). The women's short was instead won by Lisa De Cesare (Highroad Team ASD) ahead of Anna Biani (Team Armistizio Zerolite) and Serena Maria Merotto of ASD Team Pissei. 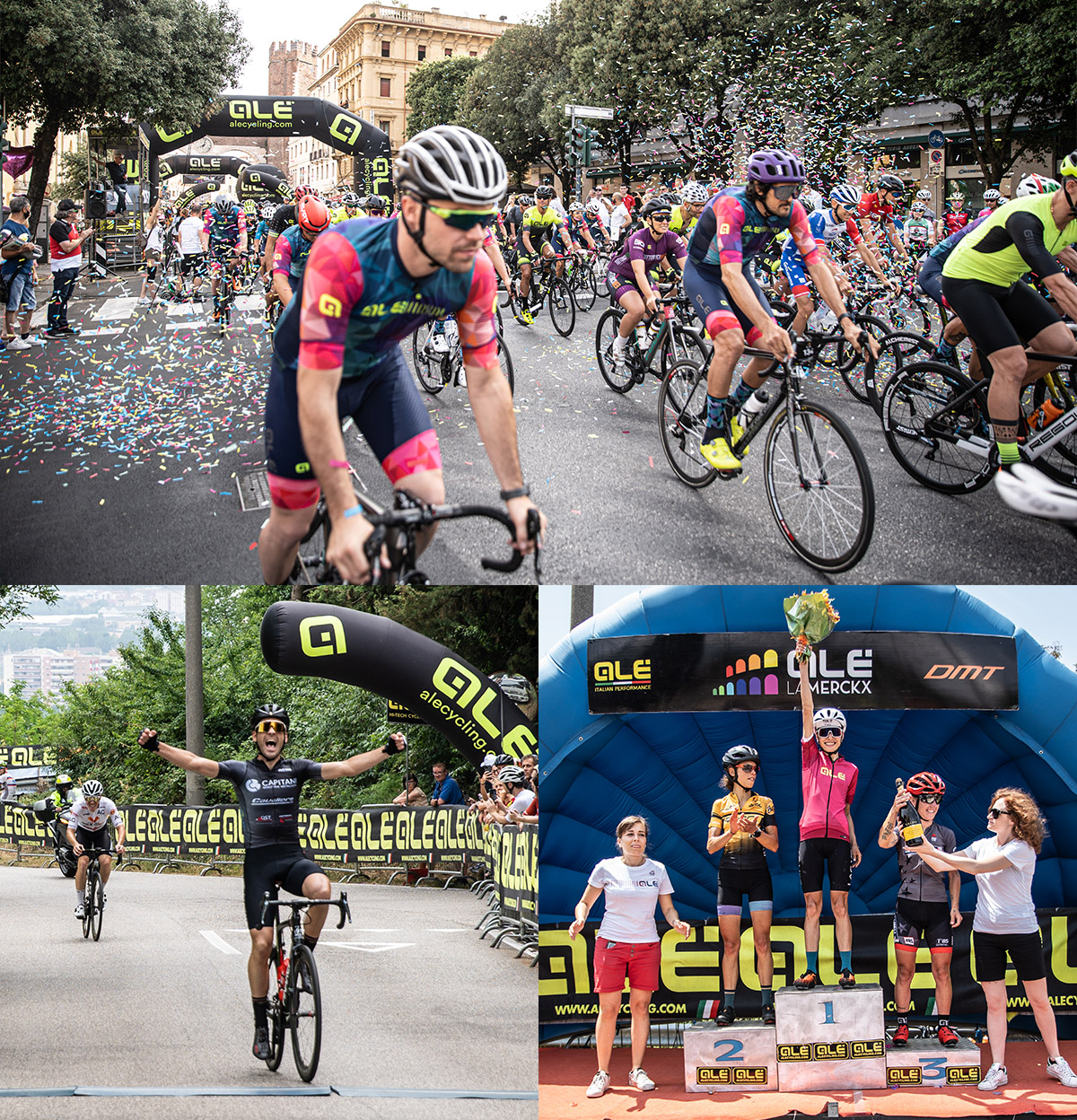